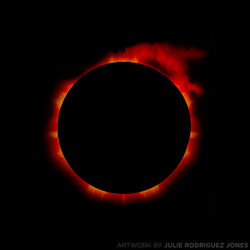 On May 5th 2015, several Broadway stars gathered at 54 Below in New York City to sing the songs of Jim Steinman. With a setlist crafted by Jim Steinman himself, the concert featured new arrangements created especially for this one-night-only event, in addition to special costume and design elements created by Asher Levine. The evening was conceived and produced by Jim Steinman and Pat Cerasaro, who served as the director, and was produced and music directed by Benjamin Rauhala.

Retrieved from "https://jimsteinman.fandom.com/wiki/Total_Eclipse:_The_Music_of_Jim_Steinman?oldid=4912"
Community content is available under CC-BY-SA unless otherwise noted.