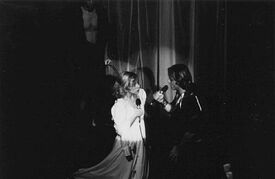 Neverland was a musical written by Jim Steinman as a new version of The Dream Engine incorporating the Peter Pan mythology. Its only incarnation was at the John F. Kennedy Center for the Performing Arts in Washington DC from April 26-May 1 1977, but it went on to become the basis for the Meat Loaf album Bat Out of Hell. It is also the basis for Steinman's 2017 Bat Out of Hell musical.

In August 1974 Steinman wrote: "I've finished the new version of Dream Engine... The changes from the older version are so major, so basic and so complete that I'm going to retitle the thing. It really has very little relationship to Dream Engine, except a certain ball of energy burning away at the core... Most of the music is new too."

James Updike of RealmOfDreams.com offers this synopsis: "In 1977, Jim decided to resurrect The Dream Engine, even though it had failed in its attempt to be staged on Broadway. He re-worked the show as Neverland. The Tribe became a Pack of Lost Boys, Max and Emily were still there though Max now went disguised as Dr. Hook. The Girl became Wendy (here portrayed by another Ellen... Ellen Foley!) though Baal remained Baal and did not become Peter... possibly because of the mythological context of the name Baal."

After the 1977 Kennedy Center workshop, Craig Zadan (who later became a famous film producer) wrote: "Steinman's rock score is solid, though definitely more suited to a rock concert than a musical theater environment." He also praised the band Orchestra Luna as well as the choreography.

Director Barry Keating has described Ellen Foley's performance of "Heaven Can Wait" as "one of the most brilliant I have ever seen/heard." 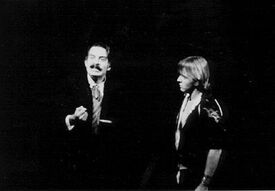